Kathryn Bakich is a Senior Vice President in Sibson’s Washington, DC office with extensive experience in health care compliance. She is the firm’s National Health Compliance Practice Leader. Ms. Bakich is one of the country’s leading experts on employer sponsored health coverage. She specializes in providing research and analysis on federal laws and regulations affecting health coverage, including: ERISA, Medicare, HIPAA, COBRA, the Newborns’ and Mothers’ Health Protection Act, the Mental Health Parity Act and the Women’s Health and Cancer Rights Act.

Ms. Bakich is a recognized expert on the Patient Protection and Affordable Care Act passed in 2010. She speaks regularly about the law, helps plan sponsors understand its short- and long-term effects on their plans and assists clients with preparing comments on the legislation for submission to regulatory Departments (Treasury, Labor, and Health & Human Services).

Prior to joining the firm, Ms. Bakich was an attorney in private practice representing multiemployer health plans, and an appellate administrative law judge. She graduated in 1979 with a BA in Political Science, in 1982 with an MA in Public Policy and in 1985 with a JD from the University of Missouri. She has been admitted to the Bar in the District of Columbia, United States Supreme Court and multiple federal district and appellate courts. 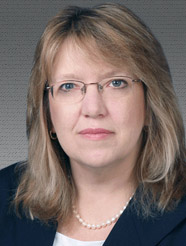