Pension Plan Sponsors Should Look Beyond the Headlines on the Latest U.S. Life Expectancy Data, According to The Segal Group

However, pension plan sponsors should look beyond the headlines, as life expectancy continues to improve for retirement-age Americans.

“Recent mortality rates observed for the older population continue to support expected improvements in projected life expectancy for this age group, which drives pension costs,” said Eli Greenblum, Chief Actuary for The Segal Group. “It is important for actuaries for all types of pension plans, including those who work with multiemployer and public sector plans, not to reverse expectations for mortality improvement in response to the latest data.”

According to the NCHS, between 2015 and 2016, death rates increased significantly for the under-45 age groups studied. In contrast, death rates decreased for the post-65 retirement-age groups. 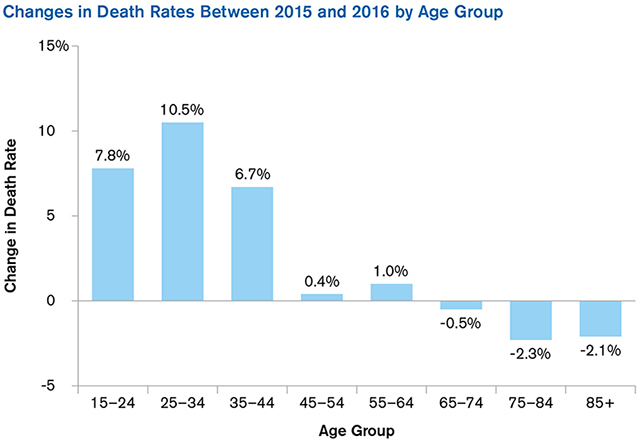 A subsequent analysis by the Society of Actuaries confirmed the overall age-adjusted mortality rate in the U.S. actually decreased (improved) based on the new data.

“It is important to note that experience since 2009 indicates much lower rates of mortality improvement, compared to the first decade of the century,” added Jeff Litwin, The Segal Group’s Corporate Research Actuary. “As additional experience emerges, there may be refinements necessary in actuaries’ assumptions for pension plans, but they should be based on longer-term trends. We should be cautious about setting long-term assumptions based on shorter-term trends, even when those trends last a decade.”

For more information about the latest longevity data and the implications for pension plans, or to speak with Mr. Greenblum or Mr. Litwin, please contact me.

The Segal Group (www.segalgroup.net) is a private, employee-owned consulting firm headquartered in New York and with more than 1,000 employees throughout the U.S. and Canada. Members of The Segal Group include Segal Consulting, Sibson Consulting, Segal Select Insurance Services, Inc., and Segal Marco Advisors.