The Segal Group today announced that Kimberly Banks MacKay has joined the firm as Senior Vice President, Principal and General Counsel. In this role Ms. MacKay serves as a trusted advisor and leads Segal’s legal team. She reports directly to David Blumenstein, President and CEO of Segal.

Ms. MacKay possesses nearly 25 years of legal experience. Prior to joining The Segal Group, she was the U.S. Head, Legal and Compliance for Novartis Business Services, the global shared services division of Novartis. Before Novartis, Ms. MacKay worked as a securities lawyer at MetLife, Lucent Technologies and the law firm Milbank, Tweed, Hadley and McCloy in New York City. She also held a federal clerkship and spent several years in commercial banking.

A member of the New York and New Jersey Bars, Ms. MacKay holds a JD from Rutgers University School of Law and an AB in Economics from Princeton University. 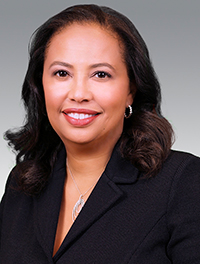 Ms. MacKay currently sits on the Board of Directors of the Association of Corporate Counsel of New Jersey and the Community Foundation of New Jersey and has served on the Rutgers University Board of Trustees. She is the recipient of numerous awards, including NJBIZ’s “General Counsel of the Year – Public Company” for 2017.

Ms. MacKay is based in Segal’s New York office.