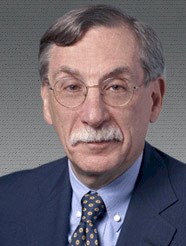 Mr. Fluhr has been, and continues to be, consultant to both publicly held and private organizations. In addition to consulting on retirement plan and health benefits issues, he is often called on by senior management and boards to participate in the development of total compensation and human resource strategies as a key element of overall business issues. Mr. Fluhr also works with boards to improve and enhance governance, particularly in privately held organizations.

Mr. Fluhr is also the lead Sibson consultant to a number of our sports organization clients.

Mr. Fluhr has been a member of the Board of Trustees of the Employee Benefit Research Institute (EBRI) since 1994 and was Chairman of that board for two years. He has served as a board member and vice president of the Conference of Consulting Actuaries and as a Board member of the American Academy of Actuaries, for which he also served as vice president of its pension council. He is a member of the National Academy of Social Insurance and The Economic Club of New York. He is also a trustee of the Committee for Economic Development.

Mr. Fluhr has spoken before many professional and industry groups, including the National Association of Corporate Directors, the National Academy of Social Insurance, the Society of Actuaries, the American Academy of Actuaries, the Enrolled Actuaries Meeting, and the International Foundation of Employee Benefit Plans, as well as participating in teaching classes at the graduate level at the Harvard School of Business. He has testified before a Presidential Commission on public policy issues related to retirement.

In addition, Mr. Fluhr is the author of numerous articles on human resource and employee benefits issues. 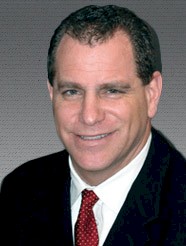 Mr. Fries serves as the lead consultant to some of our larger sports industry clients. Before joining the Company, Mr. Fries worked as a senior benefits consultant for a major insurance company and large global money management organization where he provided technical consulting services for pension, defined contribution and deferred compensation arrangements. Prior to this, he worked as a registered investment advisor for a private investment firm specializing in fixed-income investments for pension plans.

Mr. Fries has lectured on benefits compliance issues, non-qualified plan design, deferred compensation and funding options for several leading benefits and human resource management forums. He has been quoted in several business publications and has taught classes for the American Medical Association and other organizations as part of their credential programs. 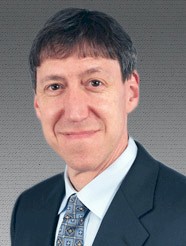 Mr. Scharf is a Senior Vice President and Consulting Actuary in Sibson’s New York office. He has many years of actuarial experience. As a consulting actuary, Mr. Scharf has extensive expertise in preparing, reviewing, and consulting on issues related to corporate pension plans as well as postretirement medical plans.

Mr. Scharf's pension and benefits expertise includes retirement plan redesign and strategy. He evaluates both the impact on companies' emerging contributions and financial statements as well as the effect on the employee population, both in the short term and the long term.

Mr. Scharf is also a member of Sibson’s Sports Practice Leadership Team and is a leading consultant to several major sports leagues, both in the U.S. and internationally. He provides consulting and quantitative analysis to help address the unique challenges faced by leagues. Mr. Scharf leads Ref360® (www.ref360.com), Sibson’s data-driven call evaluation program used by leagues to assess the performance of their referees on a call-by-call basis.

Mr. Scharf received a BS in Mathematics from the State University of New York at Albany. He is a Member of the American Academy of Actuaries and an Enrolled Actuary.

The Quest for Perfection: How to Ensure your Officiating Evaluation Program is the Best it Can Be

What's the Right Retirement Program for Your Team's Employees?

By Doron Scharf and David Palmerino